We all know that the human body endures trauma. This sets the stage for collapse and the recruitment, or activation, of a three-dimensional muscle contraction to prevent the body from falling over and collapsing under the force of gravity. This postural-structural stress becomes the greatest consumer of energy in the body and provides the platform for all consequent degenerative dis-eases. DD Palmer called it “Tone”, we call it “Tension”. Either way, it is the energetic discussion of the physical body. Energy is the primary frontier. Which now makes our discussion from Tensegrity to Tension a consistent flow model about the physical energy state of the human body.

Since 1895, chiropractic has looked at every “bone out of place” to find the lynchpin that would release the structural collapse shown in Figure 1. This is not trauma alone but a process of reaction as well. The attempt to understand the process of trauma, response, and break down will open a higher awareness. If continue to see an articular model of an end result of the bone out of place. It remains today where only the bone, we cannot reach our potential of cause to correction. A few like Ralph Gregory realized the importance of expanding this model to the whole body. His invention of the anatometer was the first instrument, which allowed development to begin evaluating body relationship.

For the past few years, that conversation has resumed, as QSM3 has identified anthropometric landmarks to the relationship that includes how the body responds. Because of our roots in UC, we were initially took the articular model and instead of correcting just the C1 vertebrae began to stack the building blocks — much like building a snowman from the bottom up. This model showed improvement to correct rotation and the transverse plane as we released compression to a balanced open posture. The challenge remained to consistently restore the center of gravity to a three-dimensional vertical axis.

We have continued to look at the puzzle pieces that relate to Anthropometric Data.

The focus is what is the most stable and optimal way to release these structures. These puzzle pieces are measurable and inter-relatable to many different biomechanical models, or sequences, as an approach to restoring posture. It is complicated. Our quest for better results has led us to examine the relationships among these anthropometric data points from many different perceptions.

This x-ray tells a story of a body that has gone through trauma, compensated, and compressed as gravity collapses the weakened misaligned spine. Its inherent strength diminishes over time as the energetically it attempts: 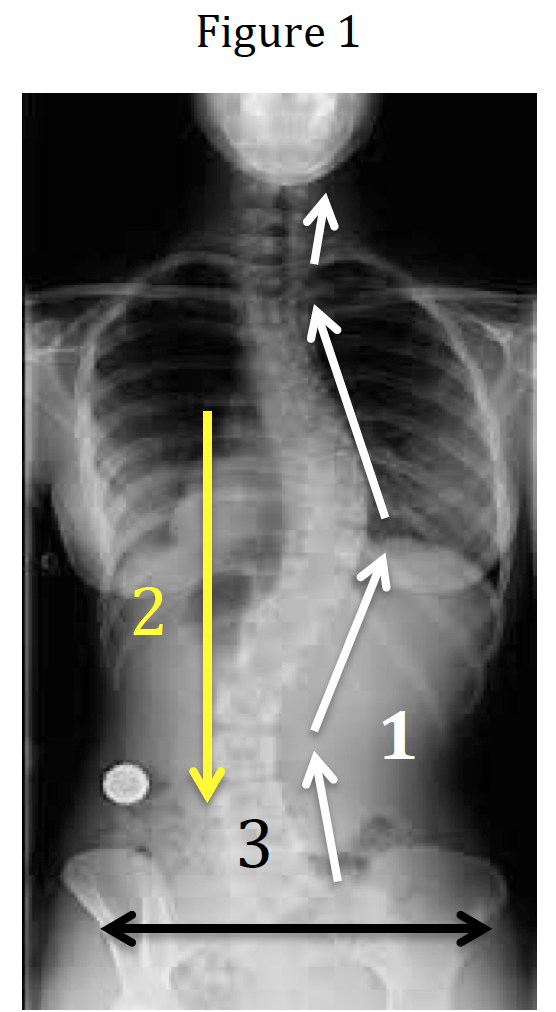 This means that the energetic compensation by the body must always try to equal the cause and collapse to prevent falling over and collapsing. Pretty simple.

The myofascial envelope (MFE) is a Tensegral structure with an inherent spring potential. Its potential increases as it is compressed and weakens where damaged. Our purposes is to overcome both of those resistant lines that span from short leg to head tilt in our patients. Upon this GTO UC release, its potential converts to act as a propulsion system to unwind and restore. No different than taking your hand off a spring. Potential energy converts to kinetic energy. The release is always I to S and synergistic with the energy potential. It’s about the release not the push.

This concept of compression and that has led to a decompression release as a precursor to correcting the frontal plane and original trauma is a foundational component within the QSM3 algorithm. The collapse of Tensegrity and the ensuing result shown in Figure 1 now point to a conversation about releasing this potential energy upward first to the correction now. Releasing the tension releases the boney structure: not the other way around.

The myofascial envelope houses its insertions along the skull and is densely populated under the mastoid to the nuchal lines. It is these insertion anchors and the myospasms their origins in the pelvis and feet that prevent collapse. More traumas activate more MFE exposure and larger misalignments from these traumas activate even further MFE exposure. This tension is enough to keep posture from literally falling over. And the energy necessary must equal that required to release it.

Three-dimensional misalignments create three-dimensional tension models. Newton’s 3rd Law of Motion states, “Every action must have an equal and opposite reaction.” Every asymmetry in Figure 1 has a gravitational attraction to the earth and an opposite reaction of MFE activation to maintain posture. This area holds the largest compensator that stabilizes the vertical tilt and collapse. This area also holds the largest cause and collapse based on mass. That translates into most tension area of compensation and cause and collapse. 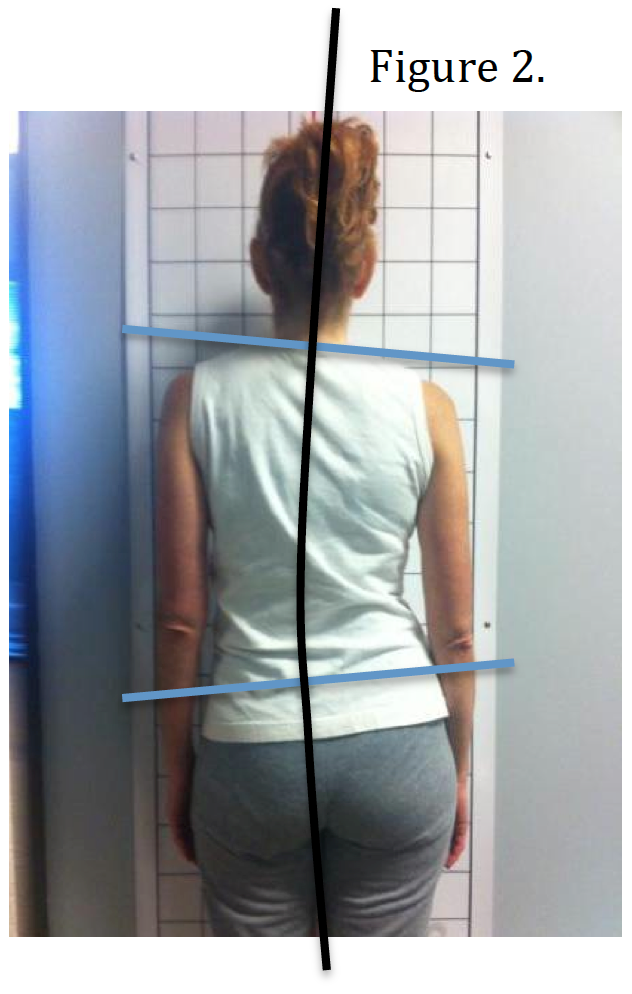 The flow model is: trauma causes vertical lean and gravitational stress to the MFE, the MFE stabilizes the opposite side to prevent falling over, than the MFE compensates by turning the head over the pelvis, and than the MFE collapses over time. This cycle is repeated through life. It is visible in every posture like Figure 2. The low the left low hip and the rebalance of the BOW towards vertical and its vertical lean and collapse. What now exists is a basic algorithmic model that release using the synergistic propulsion system of the MFE and explains every misalignment vitalistic on the planet. Tone to Tension Release. After over 100 years, I think there is reason to look up.